It happens in all cities; bizarre little situations where the circumstances allow for something strangely beautiful to happen. Maybe it’s a blind spot in the control of our built-environment, maybe it’s someone applying their creative vision to an abandoned pocket of the urban realm, or maybe it’s the overlapping of disparate intentions. Whatever the case, we love the freak accidents that occur between the cracks of planning and design.  Today’s post calls out a couple of our favorites in Seattle. Hit that comments button and share your favorites where you live. 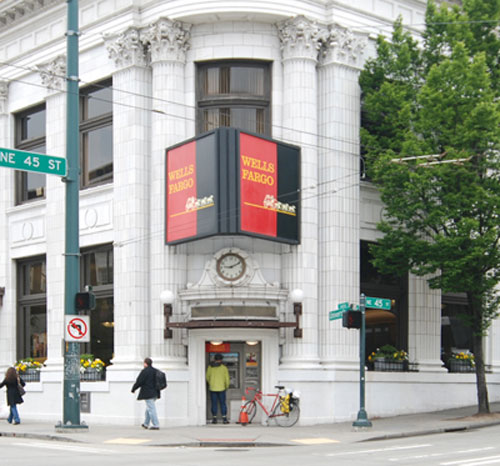 The Wells Fargo Bank at the corner of NE 45th and University Way in Seattle’s U-District re-appropriates the previous grand entry with the modern day interface of banking; the cash machine. Flanked by corinthian columns and it’s own marble clock, this must be the most architecturally celebrated ATM machine in town. 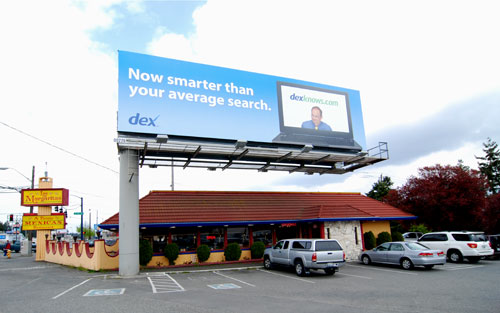 This signage at 145th and Highway 99 is visually more prominent than the restaurant beneath it. The ambitious cantilever and precise steel work of the sign make the restaurant look clumsy and dull – it’s as if the sign is the attraction and the restaurant is the visual noise that you have to put up with. 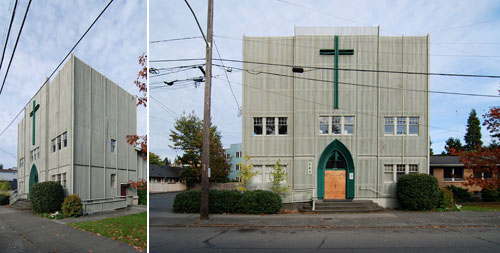 A church on Ravenna Boulevard is one of the first examples of a rain-screen system we know of in the Pacific Northwest. It impressed us because the unknown building, cloaked with 2×2 wood slats, boldly took on the concept before rain-screens even had a name around here. 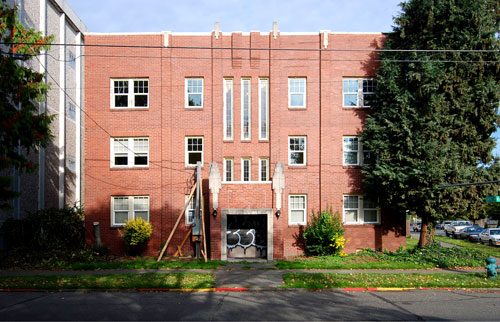 Also along Ravenna Boulevard is some of the most well disciplined graffiti we’ve seen. The artist left the brick entirely alone and only tagged the temporary wood barricades creating a handsome framing for the street art. It’s as if the graffiti vandalized the very notion of graffiti. 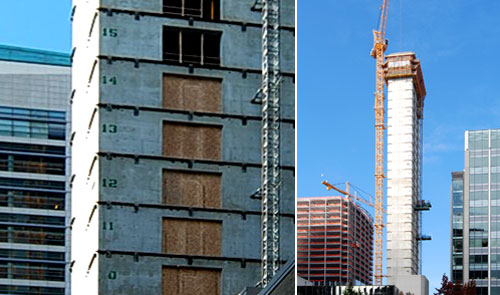 During construction of this 35 story tower, the notation of each floor level was left exposed and in view from the street. The composition created a huge vertical ruler downtown to measure the neighboring buildings. 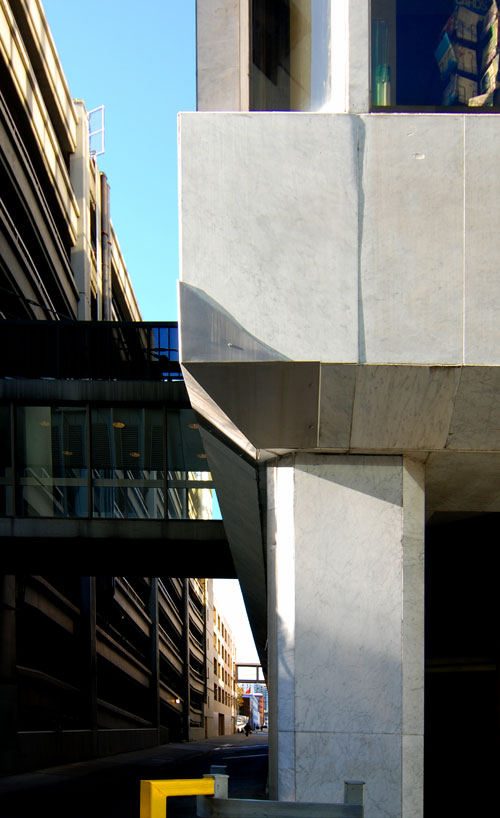 This stainless steel corner was added to the building at Virginia between 5th and 6th Avenues after deliver trucks continued to hit the marble corner. It’s become a sort of armor to the building. Accidental as it may be, it’s one of our favorite details on the otherwise bland building. 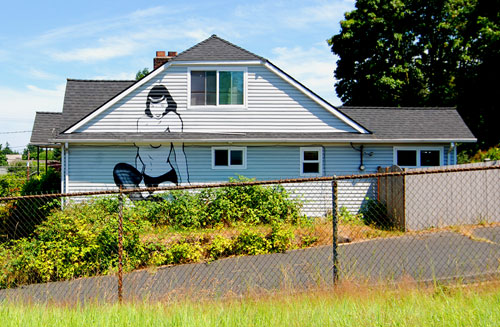 Bettie Page flanks the side of this residence just off the 65th street exit on I-5 north. While controversial in the neighborhood, we smile every time we pass it. 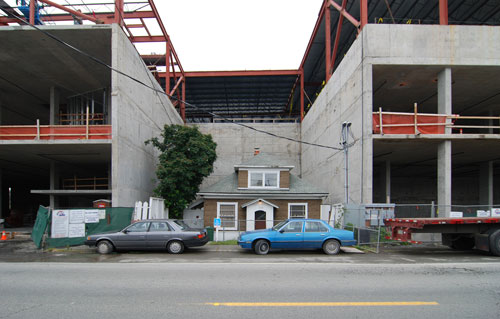 All but one house sold to a large developer in this Ballard neighborhood creating a scene right out of Pixar’s ‘UP’. 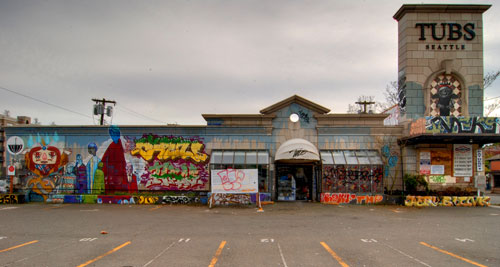 This abandoned Tubs was conquered by some very talented graffiti artists and now feels much more legitimate than it did during its previous life of renting hot tubs by the hour. 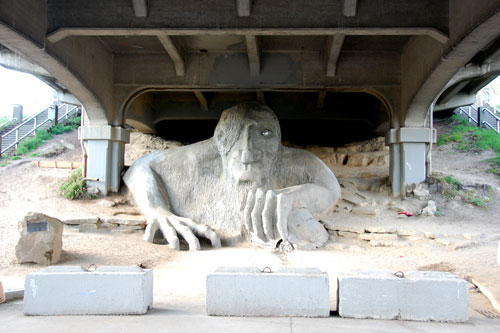 The Fremont Troll who lives underneath the Aurora Bridge still grasping the 1959 beetle it caught.