Home 2010 May The Modern List: Portland leads the way

We just returned from Portland Oregon where team BUILD tracked down some new editions of modern design and culture for The Modern List. Not only is Portland generating good ideas, but they’re getting things accomplished. While most cities are yapping on about urban renewal and sustainability, while they’re spending ridiculous amounts of time and energy on community planning groups and high-end digital renderings, Portland is just making it happen. Two thumbs up and a big gold star from the BUILDblog; check out our recommendations below and many, many more on The Modern List. 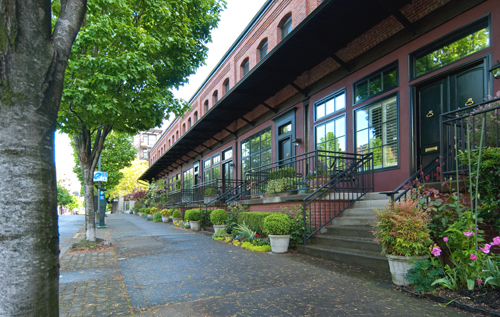 NEIGHBORHOODS
We were blown away by the community that’s formed on NW 11th Ave and Irving Street in Portland’s Pearl District. Old industrial buildings have been pleasantly re-appropriated as living units with modern versions of the front porch (previous loading docks), plenty of vegetation and light rail right out front. Irving Street at this location is pedestrian only and offers a park like setting complete with benches to enjoy the day. Had we exercised a bit more patience we’re sure our photos would have captured children holding balloons and puppy dogs. 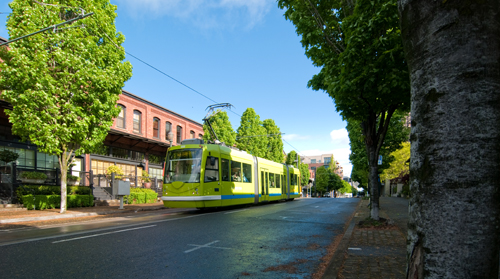 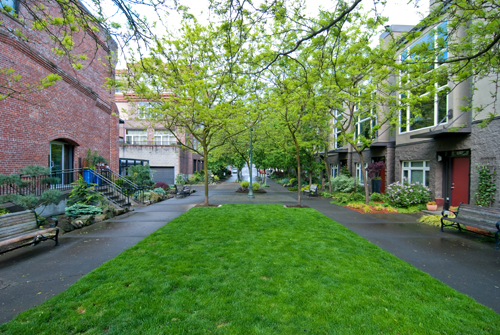 Portland has developed a stellar list of restaurants that continue to appease card carrying members of the foodie revolution. Team BUILD is particularly drawn to the gritty, industrial interiors and the fact that, at many establishments, the pick-up truck from the farm pulls up each morning to deliver the goods. The drinks at our favorite spots are also crafted by sharp-shooting mixologists. It’s not easy keeping up with the constantly growing roster of venues, but we did our best to eat and drink our way through town.

LUNCH
Food Carts are popping up everywhere in Portland, this one is located on SW 4th Ave at SW Hall Street. 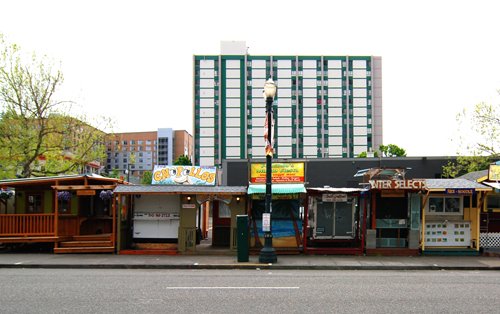 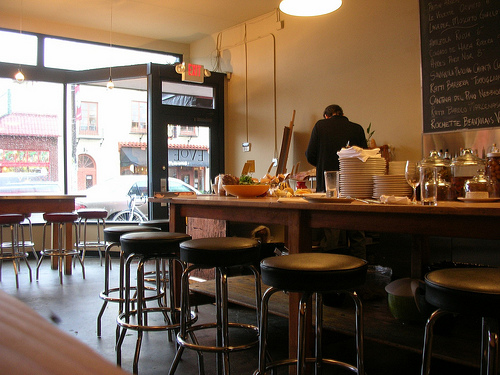 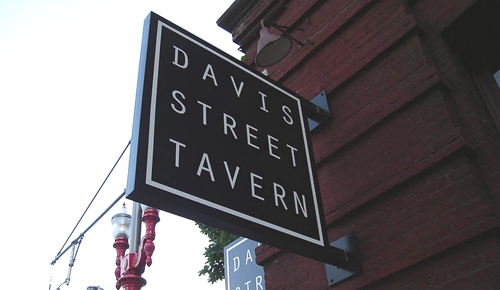 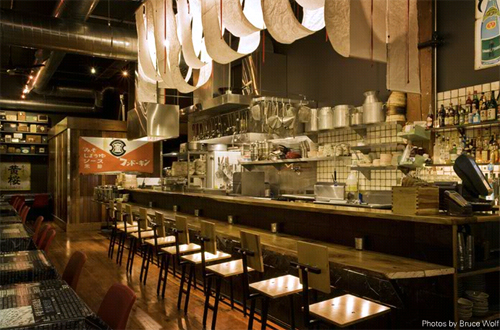 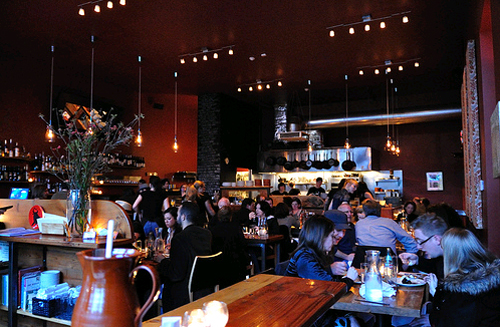 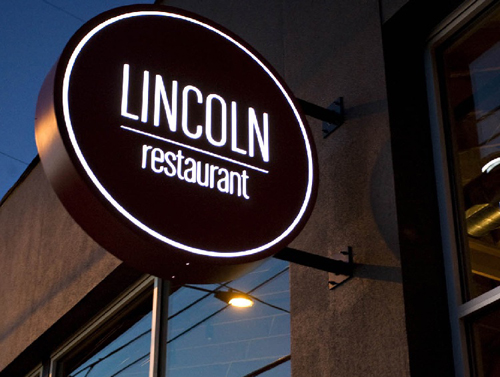 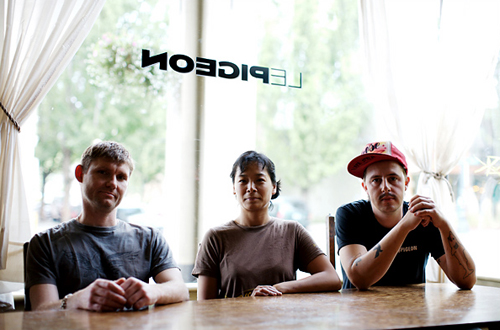 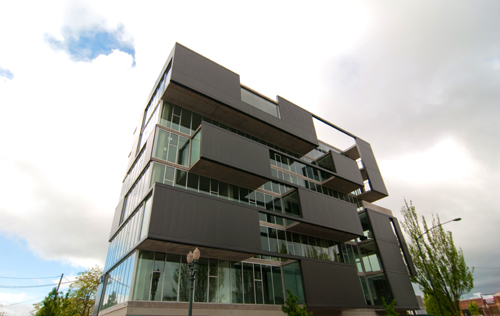 TriMet Energy Station on Southwest Jackson Street between Fifth and Sixth avenues. It will support wind turbines and solar panels to be installed in the future. 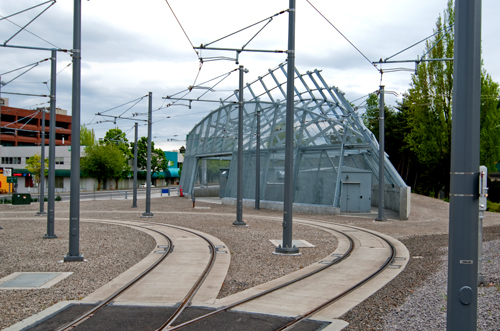 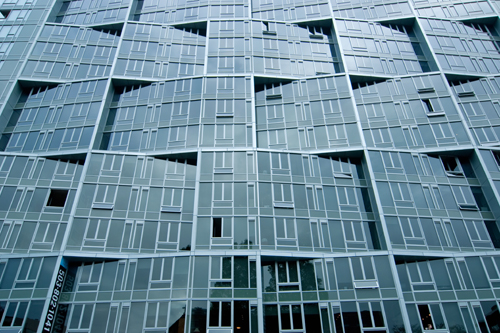 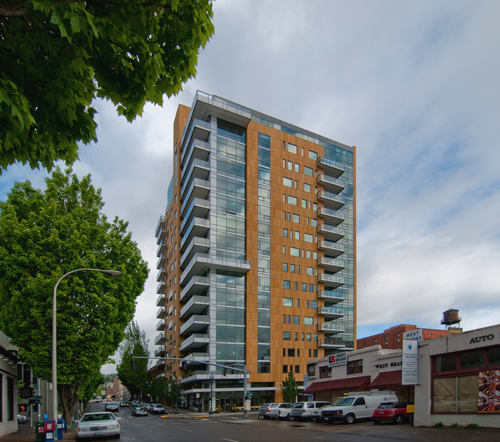 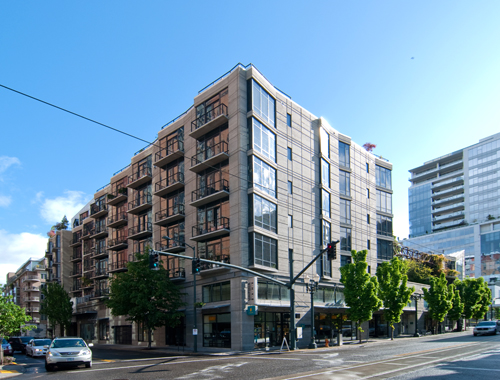 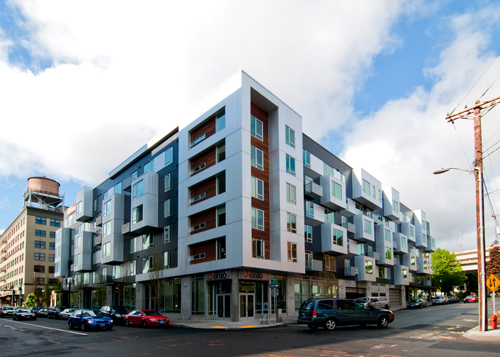 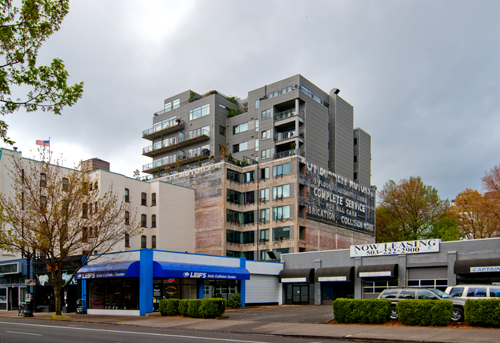 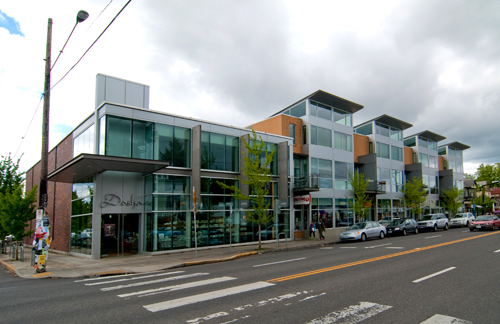 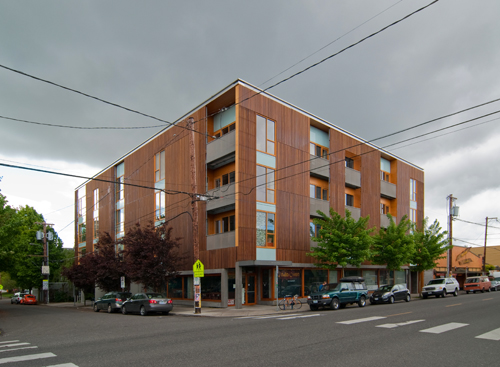 As always, let us know if we missed anything.