Promotion for Architects and Designers

In the current economy (or lack thereof) it’s more important than ever to get your work out there in the world. Certain media tribes deliver increasing returns, and getting good work in front of the right people produces synergistic results, 1 + 1 = 3 style. More eyeballs on your work = more opportunity, more opportunity = greater freedom about what you want to do and where you want to go. Good promotion also shouldn’t consume tons of time and dollars, we commonly gauge promotional possibility (the output) against the resources that we put a high value on (the input). Most of us got into the design industry because we love to design and strategically promoting your work is an important step to keeping it that way. Today’s post focuses on some effective, fresh avenues AND shows-off some of our recent activity at the same time. How’s that for shameless self promotion. If you’re an architect or designer we recommend reaching out to a few of these groups, let them put their promotional muscle behind those projects you’ve been working so hard on.

We recently met up with Curt Hines who publishes Builder/Architect Magazine here in the Puget Sound region, additional editions of the magazine also cover a variety of regions in the U.S. The monthly magazine highlights cool new work from the northwest and since quite a bit of the coverage is private residential work, it’s a nice peak at some projects you wouldn’t normally get to see. As bloggers <read amateur writers> we’re enormously appreciative of a pro-writer like Kendall Hopwood who took our arm-waving and archi-speak and turned it into a clever, enjoyable read. Check out the online version here.
Financial cost to BUILD LLC: $0
Time cost to BUILD LLC: about 6 hours of coordination, being interviewed, and organizing images. 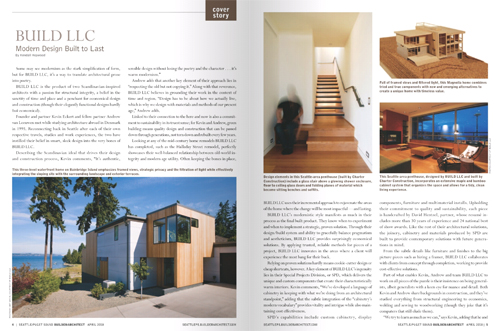 Each spring the University of Washington hosts the Headlines Exhibit, designed to bridge the gap between academics and the profession. It makes complete sense to us and we’ve been on board each year since its beginning in 2005. Each firm puts together a board of something currently in design, then the UW throws a big party where students, professionals and the public gather to tip a few back and see what the future of architecture is looking like in Seattle. The boards then go on tour to WSU, Montana State and who knows where else. The exhibit highlights the forward-thinking firms in town and if you’re reading this blog you should attend the free opening on Friday April 23rd from 5pm – 8pm in Gould Court on the UW campus.
Financial cost to BUILD LLC: $75
Time cost to BUILD LLC: we give ourselves a time limit of 3 hours max and use only data and images that we’ve already produced -promotion shouldn’t have to be a time-drain. 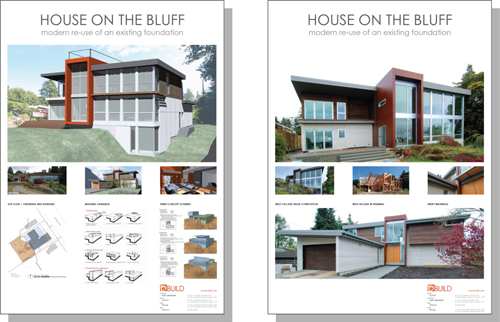 Last year AIA Seattle started the Future Shack program to give kudos to progressive solutions for urban living. It’s a juried competition and grabbing a winning slot is a double-whammy as Future Shack partners with the Seattle times. Awards are announced in the in the Seattle Times Pacific Northwest Magazine with a nice color spreads of the projects. KUOW’s Weekday gave some good coverage to last year’s entrants as well. Coverage = more coverage.
Financial cost to BUILD LLC: $85
Time cost to BUILD LLC: about 4 hours of registering and organizing materials that we’ve already produced for other purposes – again, promotion shouldn’t necessitate the generation of brand-new material. Use watcha got.

The Seattle Architecture Foundation has been doing a stellar job with their architectural model show each year. This year’s opening reception is slated for Friday, June 25th and it’s a great show because it reaches outside of the design world and includes the downtown crowd.
Financial cost to BUILD LLC: $75
Time cost to BUILD LLC: 2 hours of registering and transporting model (that was already built for other purposes). 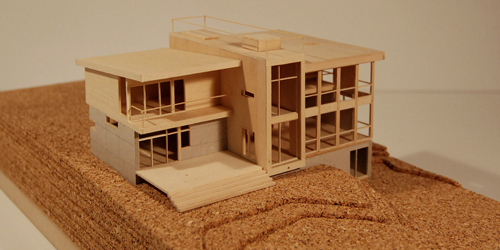 Let us know of your favorite promotional avenues and get behind the scenes with the BUILDblog on twitter.