Home 2010 February On the Radar 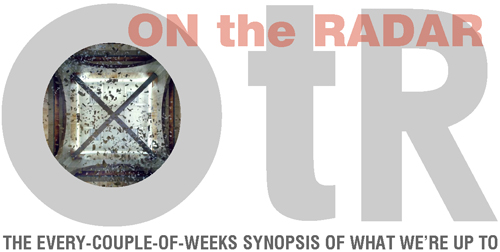 WATCHing
If you haven’t yet watched the spectacular short film titled The Third & The Seventh by Alex Roman, then sit your tail down and hit play. This extremely well executed film sheds light on why most of us went into design.
-thanks to Mike & Josiah

…and now that you’ve seen the beautiful, inspiring side of architecture, a film called archiCULTURE by arbuckle industries exposes the cryptic, sometimes misleading, dark side.
-thanks to John P

A short clip titled Vanishing Point by Bonsajo is easy on the eyes and a lot of fun to watch.

ARCHITECTing
How is it that we’ve never heard of ODOS architects before? Operating in Dublin, the firm has accomplished a staggering amount of gorgeous work. They also have a manifesto that we’re big fans of:

“The constant questioning of how people work, rest and play in today’s society is the fundamental driving force behind the practice. We strongly believe our clients deserve to be challenged and that buildings need to inspire their occupants. As architects we have a duty to expose such possibilities. We hope to instill a sense of curiosity and excitement, stimulating a response, confronting and challenging traditional conceptions of architecture” 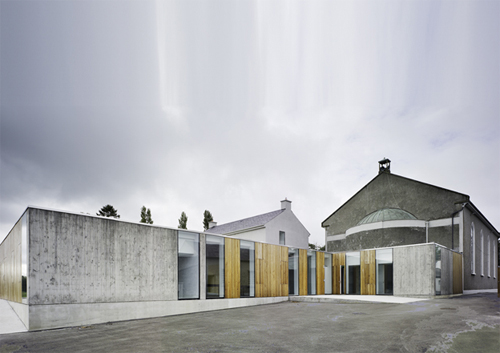 Stay tuned for a feature BUILDblog post on these guys.
-thanks to Josiah

We’re very much looking forward to having ourselves a martini and sinking our teeth into some eats at the Guggenheim’s new Wright Restaurant designed by architect Andre Kikoski. 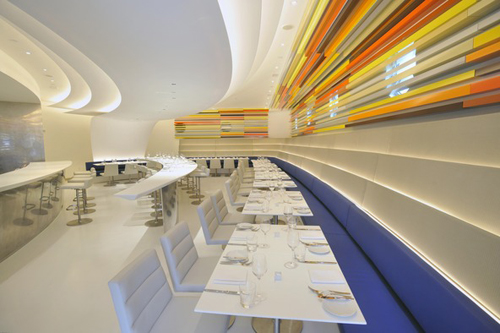 -thanks to Monica, photo by Philip Greenberg

We really dug this shed roof window detail designed by Hufft Projects out of Kansas City. Pulling the structure back from the window allows a clean glazing envelope, a sensible wood frame and a cost effective, modern solution. More on the building can be found at freshome. 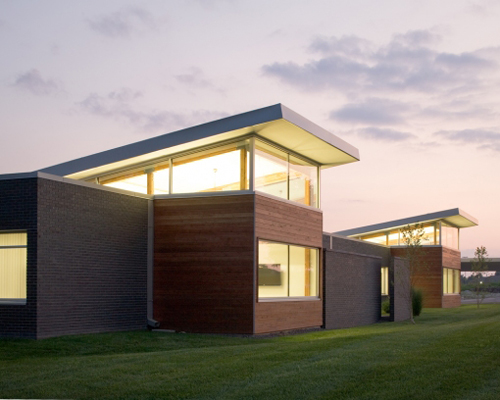 DESIGNing
Recently we were introduced to the work of Eric Boyer whose wire mesh sculptures caught our attention. We love the quiet, dynamic nature of the pieces. 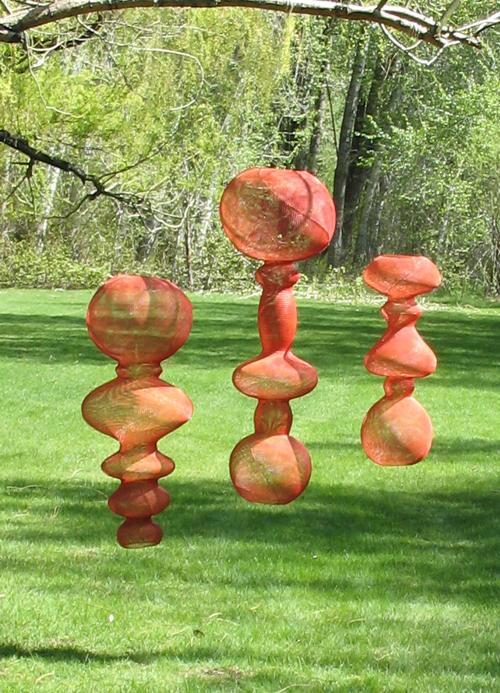 Design for kids is so often overlooked that we were delighted to get connected with Hipsters with Kids. The uber-huge teeter totter is still our fave. 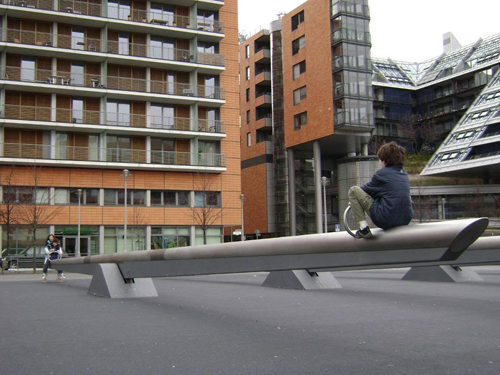 The work of Jason and Lars Dressler caught our attention for the originality of the form. Just when you think every chair design has already been done… leave it to a couple of Canadians to surprise us. 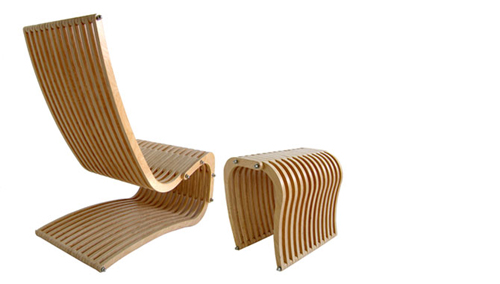 PHOTOGRAPHing
You know how we get around beautifully boring photographs -all mentally stimulated and long-winded. We could blabber on for hours about why Jeff Friesen’s work is so brilliant, but instead just go check out his series titled Beyond Here. 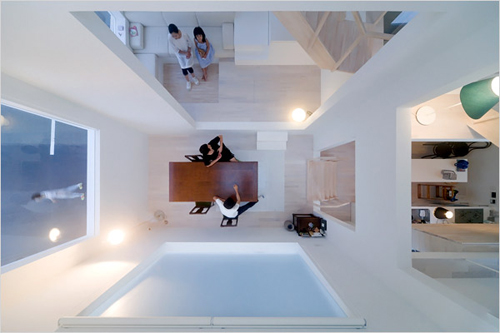 DOCUMENTing
The website Modern San Diego is doing a very nice job of documenting mid-century modern design, much of which has already disappeared. The site categorizes projects by architects and neighborhood which we’re big fans of since our post on MCM hoods. 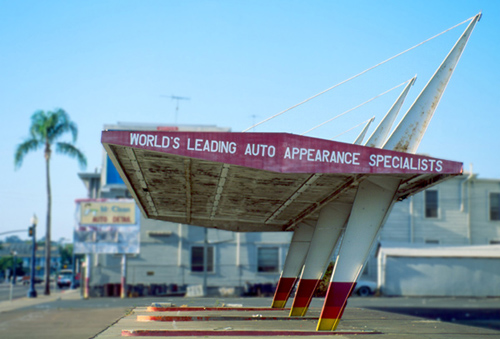 PUBLISHing
We savor the moment each year when we get our hot-off-the-press copy of Nicholas Felton’s Feltron Report. <knees on the ground and arms in praying motion> –we’re not worthy Nicholas, we’re simply not worthy. Get yours here. 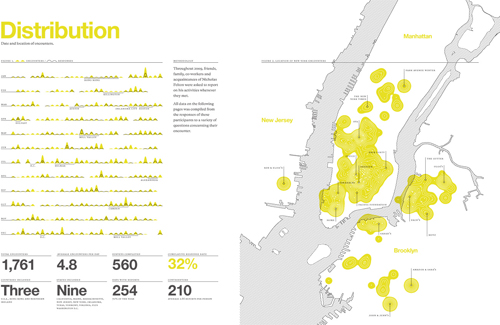 Recently we had a visit from Pablo Mandel whose CircularStudio produces drop-dead-gorgeous design books. Check out the roster of incredible titles and when you’re ready for your monograph, give him a shout. 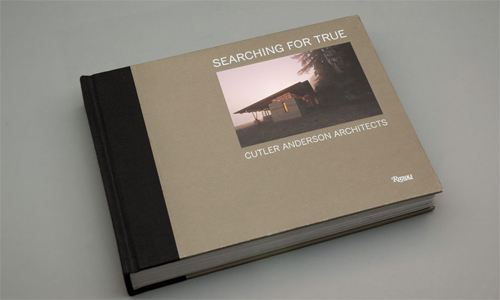 SELLing
We were thrilled to come across Crosby Doe Associates, a realtor located in Southern-Cal that deals in “homes with design integrity”. Thank you to CDA for giving a crap about good design. 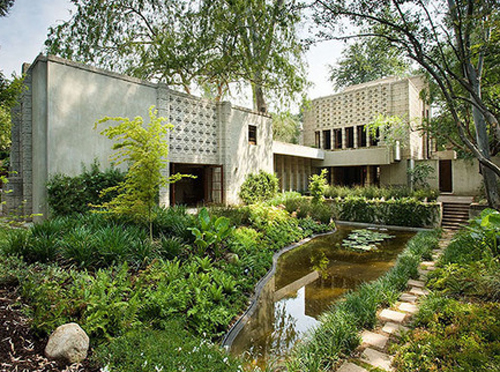 As any good designer knows, in order to sell something well designed, the marketing must also be well crafted. Cut to scene and enter the Danish firm heyhome, whose services range from interior design, to styling, photography and location scouting.

The Office for Word and Image (OWI) has collected a striking portfolio of projects which they produce by assembling teams of pro photographers and savvy writers that actually know how to write and spell (unlike yours truly).

BLOGing
We’ve been getting a good laugh out of the Unhappy Hipsters website since it hit our desks a couple of weeks ago. Nice job to UH and we wished we’d thought of it.
-thanks to Beth

A BUILDblog nod goes out to KITKA Design Toronto – we like what you’re up to.

GRANTing
Congratulations to the Cooper Hewitt – we’ve had our ups and downs with you but we couldn’t be happier about the recent 600k grant. We’re sure you’ll spend it wisely and we look forward to seeing you in the spring. 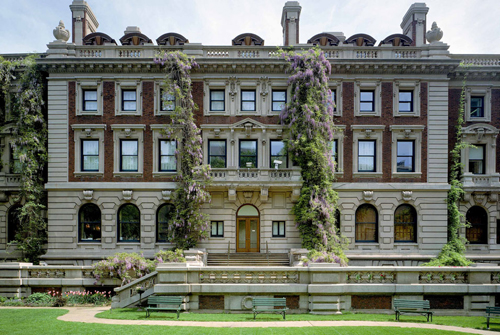 You’re probably tired of hearing the stats for job losses in the architecture and construction industry but it’s on our minds nonetheless.
-thanks to Greg

We’ve also been catching up on a little opinion about the future of the architecture profession from those in the know.
-thanks to Jorge

Alrighty then, that should be enough to kill your Monday…