We love mid-century modern homes.  The floor plans are straight-forward with intentional relationships between rooms, the elevations are kept deliberately low to the ground with clean lines, and the design philosophy of the time addressed a modest lifestyle.  Mid-century modern homes make sense.

These homes are turning 60 years old soon, and while the foundations are typically solid and the framing is usually in good shape, mid-century modern homes need some help in key areas if they’re going to make it another 60.  Typically the bathrooms and kitchens need an overhaul, the systems (plumbing, electrical, heating) need updates, and items like the windows and doors need replacing.  It’s also sensible to make cosmetic upgrades while you’re at it.  The challenge with these homes is that some updates are concentrated in key areas, some updates are spread throughout, and some updates are anywhere between.  Basically it’s complicated; it’s like performing surgery on a house.

BUILD is seeing more and more mid-century remodels come through the door and we’re honored to have them on our desks.  We’re constantly looking for effective strategies to make them great houses that last a century or more. 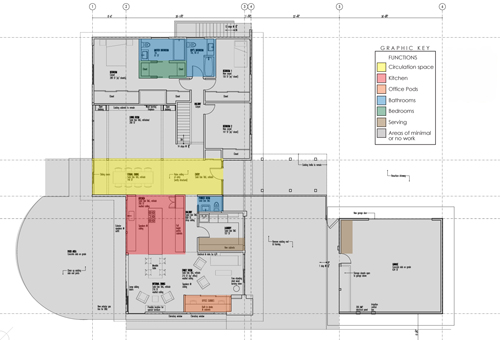 Like any project, getting an early jump on the cost of a remodel allows the team to best focus their efforts. A common problem that we’ve seen too many architects get themselves into is designing up an ambitious remodel, then proceeding onto construction drawings and submitting for permit. It’s only then that the set is taken to a general contractor for initial pricing. Lo and behold the pricing comes in over-budget and it’s back to the drawing board with a great amount of time, effort and design fee already spent. 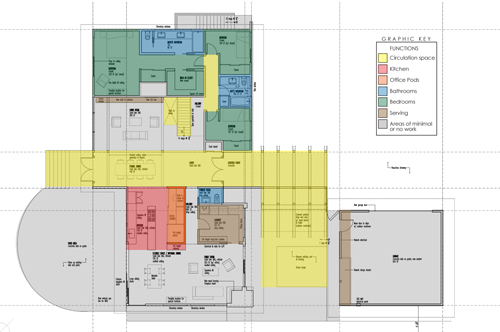 The pricing for a remodel to a mid-century modern home is a bit more complicated because there are varying degrees of what can be done to each room in the house. The strategy involves breaking down the house into a system of cost zones – different zones relate to different pricing categories depending on their complexity. Since the kitchen involves most of the trades and includes key appliances and fixtures, the per square foot cost is typically much higher than the other rooms in a house.  Completely updating a kitchen may equate to $400 per square foot while the bedrooms might be more in the realm of $100 per square foot. These numbers vary of course, some may be higher or lower but they all tend to balance each other out. The result might be a target budget of something like $175 per square foot for the entire house. The strategy gives us a departure point and aligns the initial design efforts with the budget. We know, we know – big deal, right? But as rudimentary as this strategy seems, we are constantly amazed at how rarely measures like this are conducted in the industry.

The adjacent graphics show four different design schemes of a mid-century modern remodel, each color coded for pricing. Home owners are able to make quick assessments about where funds should be directed on the home. The graphics help the home-owners understand how the updates translate into costs, at the same time the distinctions help the design team focus their efforts on different aspects of the remodel, staying on budget all the while. Everybody wins. 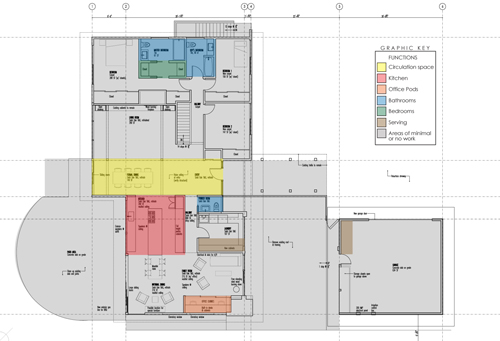 This is simply one strategy that’s proved successful for us, if you’ve got some strategies that have been working for you, do share. As they say, a rising tide raises all boats.