Gift Guide for the Persnickety Design-Types

Designy-types are nearly impossible to buy gifts for, even without the pressures of holiday deadlines.  They’re an odd bunch, the design-minded.  It’s not unusual for them to own but one very nice chair.  Or a bookshelf full of expensive hardback texts that you’ve never heard of and have very little desire to open – let alone read.  The more minimal their possessions, the more money they seem to spend on them.  It’s all very strange.  There may be a set of logistics behind what makes for a good gift in their eyes, but nobody outside of the design cult seems to have been able to crack the code yet.

We know all of this because we are them.  Yup, card carrying persnickety designy-type members (ours is a Rietveld chair by the way).  But despite the fact that we’re difficult to buy gifts for, we’re here to help.  The fact of the matter is that we’ve received the same plaid L.L. Bean work shirt too many times for Christmas and enough is enough.  This holiday we decided to save the world from mediocre gift with today’s post which demystifies the secrets of good gift and will allow you to triumph in giving gift to the design-conscious.

If you’re an architect, a designer, or just design-minded this list isn’t for you; you already know all this stuff.  It’s for your friends and family.  Note to friends and family: ignore this list at your own risk, because they already have that L.L. Bean work shirt.

1. Aalto Vase made by Iittala
The secret: If it appears oversimplified to the point of being dull, and at the same time foreign and unproportionally expensive it’s got design savvy written all over it.

The Aalto series of vases are an icon of modern design.  Every designer should be familiar with the vase and most of them will respect the design.  It makes for a good gift because it comes in a variety of shapes and sizes (translation: it’s available in a bunch of different prices).  You also don’t have too worry too much about them already having one; since the vase is functional for displaying flowers, holding rocks, or storing pens a persnickety designer can always use another.
$40 to $300

It’s the right time of year for a scarf and the designy-types love having a couple around in various colors.  Vertical stripes should keep current for a while and everybody likes Merino wool.  Under no circumstances should you select a scarf with a winter animal knit into the pattern.
~$50

3. Alessi Watches
The secret: Sometimes it’s just a matter of finding the right brand name.  Once you arrive at a design house like Alessi you can’t go wrong.  Most everything they design is beautiful and well respected in the design community.

The Alessi watch series is minimal, modern and reasonably priced for a watch that looks good.  Designy-types like having a few watches around too.
$100 – $300 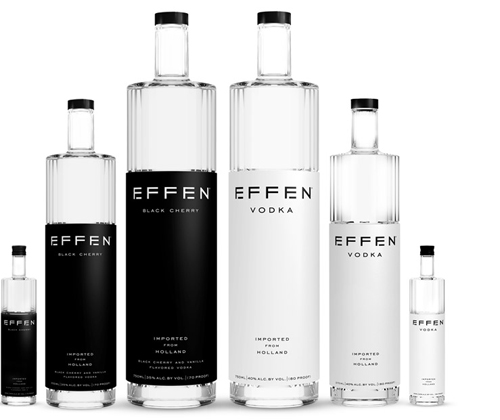 4. Hard Alcohol
The secret: Most of the great architects were raging alcoholics.  And while designer-types of the modern era are keen enough to know their limits, the tradition of having a stiff drink on the rocks is still very much observed in the industry.  The more minimal the label, the more they’ll appreciate it.  Really.

Effen Vodka produces a nice, clean alcohol contained inside a gorgeous, modern bottle.  Leave it to the Dutch.
~$50 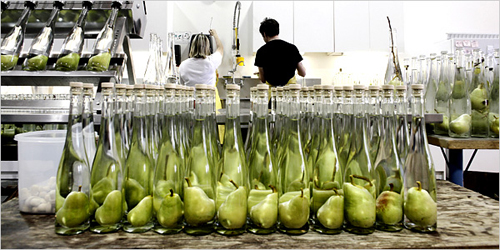 Or if you really want to knock the ball out of the park, special order a bottle of Clear Creeks Pear Brandy with the Pear Grown in the Bottle from Oregon.
$80 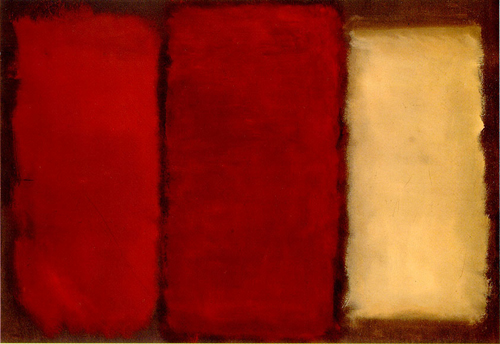 5.Art
The secret: If it doesn’t look like anything recognizable then it’s probably perfect.  The holy grail of art for the designy-type is the work of Mark Rothko.  Assuming you don’t have $40M laying around to blow on an oil painting, our advice is to stick with the theme and find something in the philosophy of Rothko (us designy-types don’t say “looks like” we say “in the philosophy of…”)

With booming internet venues like Etsy it’s easy to find something original yet inexpensive.  There’s thousands of sites out there, here’s a couple to get you started.
$30 – $40,000,000 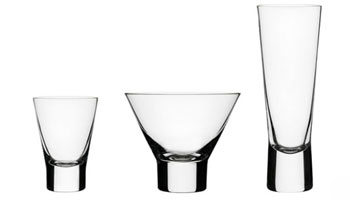 6. Anyway, back to alcohol…
The secret: The glass which holds the alcohol also has to look really good.  No matter how exceptional the alcohol being served, your design-minded relative/friend/mistress isn’t going to drink out of that collection of reindeer mugs you bought on your last trip to Wisconsin.

Göran Hongell designed a series of glassware back in the 50’s so clean and cool that they’re still the preferred vessel for beverages in the hands of a design sharp-shooter.  The cocktail and highball series are easy to buy online and the designy-types could always use a few more even if they already have them (chances are good that they’ve broken a few).
Set of 4 for ~$50

7. Objectified, the Documentary
The secret: There are certain gifts you can give the design-snobby simply to let them know that you brought your A-game.  They’ve most likely already seen Objectified, which isn’t to say that they wouldn’t watch it again, but it lets them know that you’re pickin up what they’re layin down.

Objectified is a feature-length documentary about our complex relationship with manufactured objects and, by extension, the people who design them. It’s a look at the creativity at work behind everything from toothbrushes to tech gadgets. It’s about the designers who re-examine, re-evaluate and re-invent our manufactured environment on a daily basis. It’s about personal expression, identity, consumerism, and sustainability.
$20

8. Gift Certificates
The secret: It’s not impersonal to give the design-minded a gift-certificate if you know what you’re doing.  In fact, if it’s for the right shop it actually speaks volumes about how much attention you’ve paid to their personality.

9. Non-material Gifts
The secret: Designers and architects have lives that revolve around the physical object.  The fact of the matter is that they may actually appreciate something that isn’t a thing.

There are many great organizations which support the architecture and design communities like Habitat for Humanity, Architects Without Borders, and local voices like Arcade here in Seattle.  Make a donation on their behalf to their favorite organization and blow them away with your enthusiasm about the design profession.

There are also some very cool digital gifts that most forward thinking designers should admire like a Flickr Pro Account to store all their “photos without people” as our mothers like to say.  Or a certificate to iTunes.  If they don’t use iTunes it’s highly likely that they are only pretending to be the persnickety designer-type, in which case you can get them an L.L. Bean flannel work shirt. 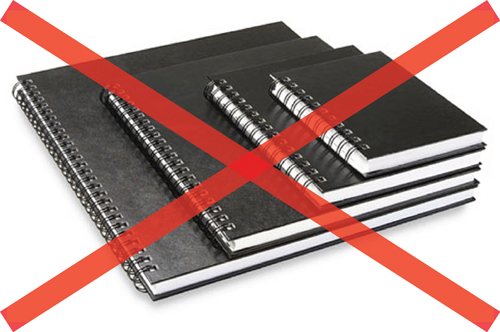 10. Dont’s
The secret: Don’t get them a sketch book.  Ever since they decided to become an architect / interior designer / industrial designer back in college everyone has been giving them sketch books for every holiday known to western civilization.

There you have it – you have no excuse for bad gift this year.  Got a recommendation? Hit that comments button and share.

Posted in Raising the Bar