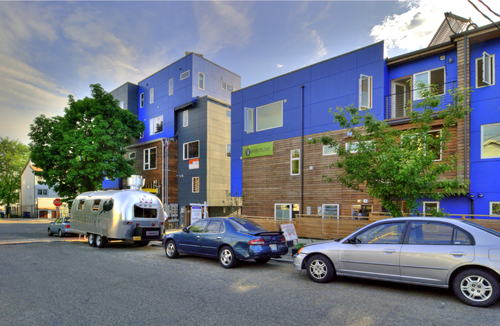 BUILD recently attended the Urban Trees opening party at 19th Ave E & Yesler and we were delighted to see an urban project that is very much addressing our BUILDblog “Raising the Bar” series. Developed by gprojects and designed by b9 architects the project includes eleven townhomes and a generous shared courtyard. Five of the townhomes are live-work with storefronts facing Yesler. We could go on and on about the modern lines, the cool gritty reclaimed materials used in conjunction with clean sleek finishes, the pleasant city views, but we’d like to focus on something even more important; the sense of community this project is developing. During the party, the shared courtyard was large enough to host a band, dozens of people had the space and atmosphere to meet, talk, soak up some sunshine and enjoy the eats provided by Skillet (thanks for the dog and fries!) 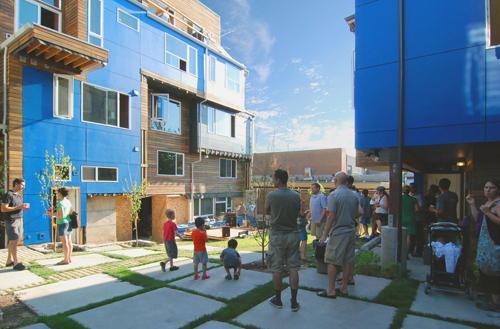 This project has established a necessity of urban design that the 4-pack cookie cutter models don’t even touch. It’s easy to imagine shared BBQs, bocce games, and the quality of casual interactions in the courtyard space. Strategically it’s been designed inwardly to maintain a sense of privacy. 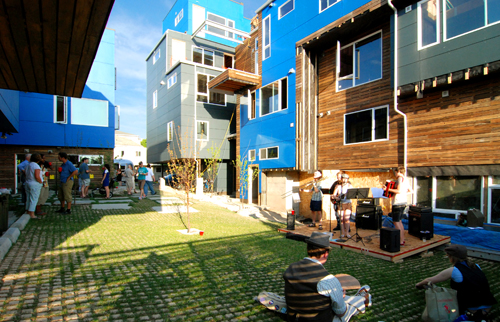 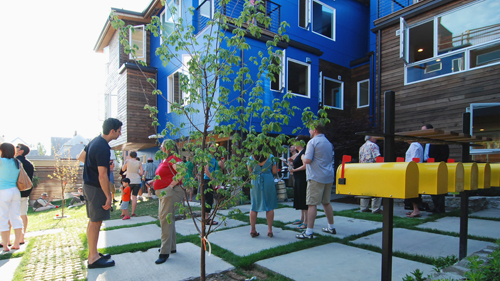 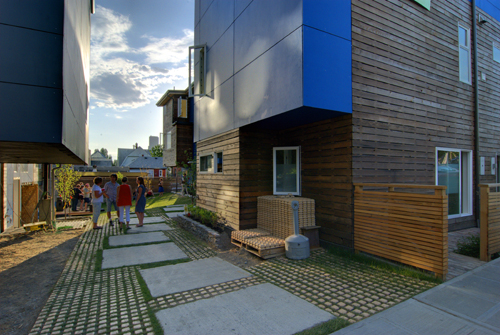 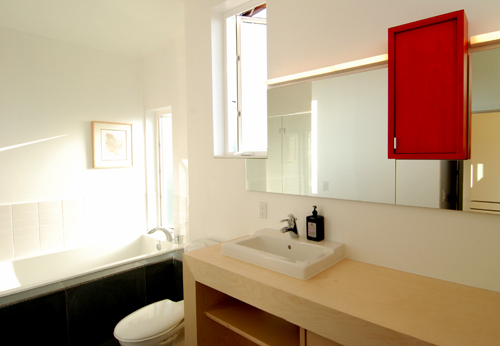 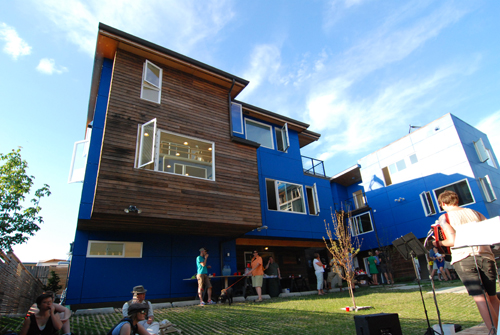 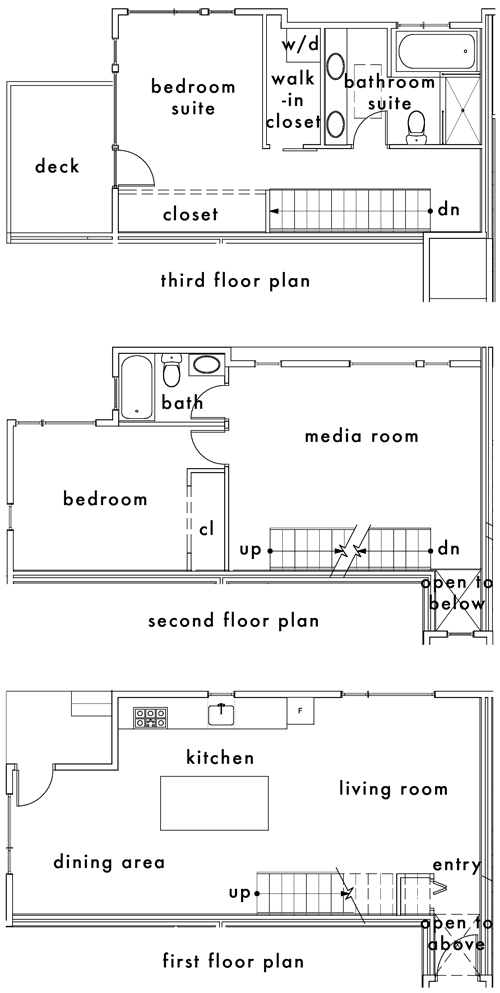 The compromise of good, modern architecture with a cost-effective price tag is that its not on Queen Anne.  But developing community is about taking places that need a little love and making them better. We should all be playing a role in that endeavor – not just the forward-thinking developers. 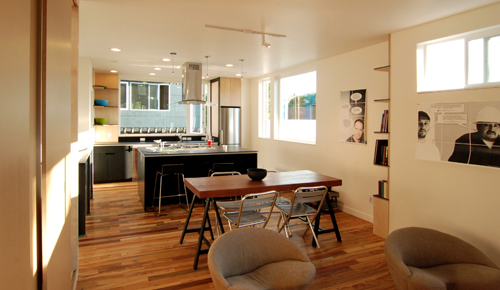 gprojects tag line is “Contemporary Homes With A Conscience,” and they seem to be delivering just that. Hats off to gprojects & b9architects. The realtors are Mark and Kim Hobbs of Windermere and if you’re looking for a home in Seattle you should go check it out. 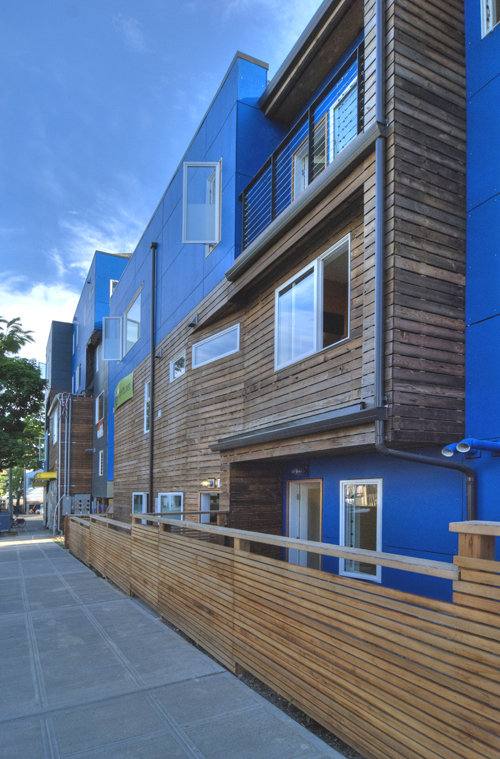