When we heard the news that famed architect Daniel Libeskind is now in the prefab home game, we knew that something has gone terribly wrong with the idea of cost-effective prefabricated, mass-produced, delivered-to-the-site housing. This isn’t a criticism of Libeskind mind you; we have made numerous pilgrimages to admire his projects, including the Jewish Museum in Berlin and his recently completed Royal Ontario Museum Extension in Toronto. His entry into pre-fab home design, however, represents the last nail in the coffin as far as we’re concerned. Like it or not, BUILD is officially declaring the pre-fab home movement dead, at least this round anyway. Here are 10 reasons why:

1. There are several requirements of pre-fab homes that have never been less expensive than custom construction. Despite the fact that a prefabricated house shows up at the site, it’s not ready to be lived in. The site factors still need to be dealt with like any other home and the costs aren’t any cheaper. The site still requires excavation and a foundation still needs to be poured. Unfortunately a prefab home is not ready to go like a Ford Taurus; pre-fab homes are connected to the site though concrete, electrical strikes, sewer lines and plumbing lines; each of which requires trades and materials unique to the place.

2. Here in the Pacific Northwest the remaining vacant sites are rarely flat and bare. Typically there are topographic issues (steep slopes) and geotechnical considerations (variable soil) that only increase the costs through additional consultants, materials and labor. 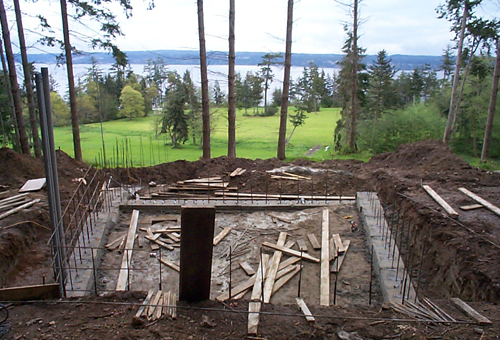 3. In difficult economic times (like our current one) it is precisely this type of housing that should prosper. The current movement of pre-fab homes (yes, we know there have been others) has been ramping up for about a decade now. The model should have been primed and ready to go for the current recession. Much to everyone’s disappointment (including our own), the front-runner of the pre-fab movement, Michelle Kaufmann Designs, recently announced that they are closing shop. 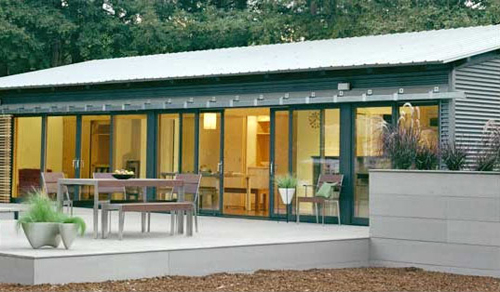 4. There is a unique psychology between housing and customization. While most people seem happy to purchase an automobile with a limited set of options, that discipline seems to disappear when it comes their home. From what we’ve seen in the residential market, most people want much more customization than the pre-fabs offer (even though it costs much more).

5. Like any other mass-produced product, prefabs need to sell at a certain volume to pencil out financially. While we don’t know what that tipping point is, we’re guessing that there just aren’t enough consumers with a modern design philosophy to support the formula. Buckminster Fuller and Jean Prouve designed and built successful models decades ago that provided cost-effective, mass-produced, pre-fab housing. One of the main reasons that these models didn’t work is because they didn’t look like little bungalows with white picket fences. As a society, we may not be evolved enough yet for well designed pre-fabs. 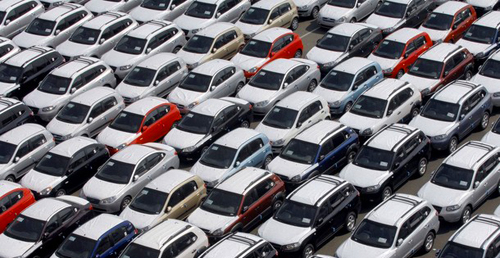 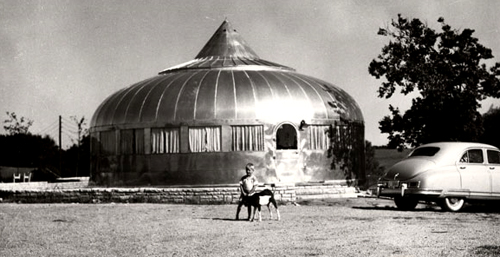 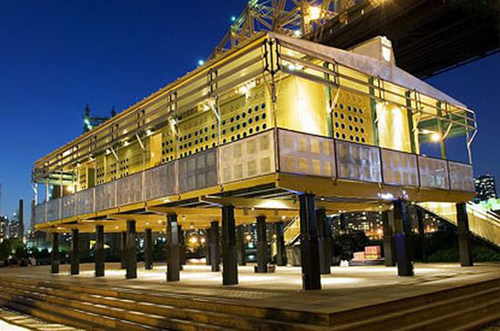 6. Architects tend to overdesign pre-fab homes. They become trendy, architectural statements rather than simple methods of solving the issue of cost-effective housing for the masses. We’re not suggesting that the correct solution to pre-fab housing is the ubiquitous double-wide model that has spread like cancer, but there has to be a more sensible balance between architectural design and conventional utility. Pre-fab homes need to be designed in a timeless manner. 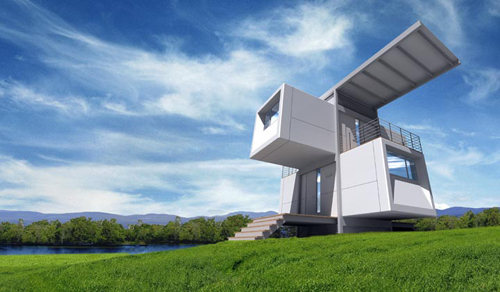 7. The pre-fab concept is misrepresented by institutions that we trust. The recent MOMA prefab exhibit hindered the pre-fab movement by decades. The five pre-fab models, constructed in the empty lot adjacent MOMA, couldn’t perform the very basic functions of home; like keeping the heat in and the rain out. They were art projects that you could walk through. It would have been a different scenario had it been presented as “Artistic Impressions of Prefab Homes” but it wasn’t, the exhibit was titled “Home Delivery: Fabricating the Modern Dwelling”. Tens of thousands of museum visitors have a completely skewed and unrealistic understanding of pre-fab homes because of an exhibit which does not address the fundamental principles. 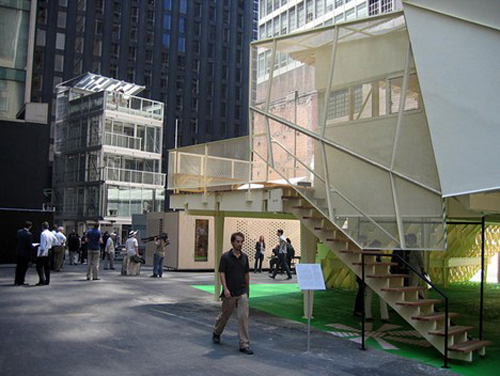 8. There is very little true innovation in current pre-fab home construction methods. The homes are built in a factory much the same as they are built on site. Ideally the pre-fab method would employ mechanical assembly lines similar to industrial design or automobile production. But the reality is that a crew of framers is still slapping studs together – they’re just doing it in a warehouse. 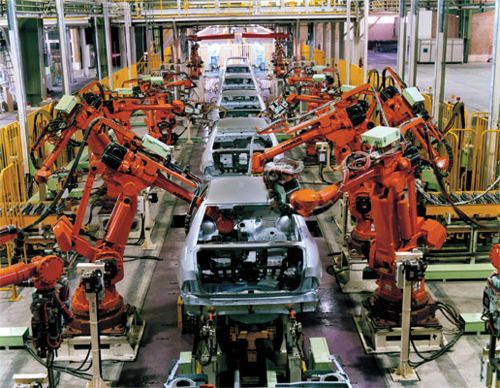 9. Despite our research, we’ve been unable to find much information about how many pre-fab homes have actually been produced and sold on the market. To us, this indicates numbers so low that they are insignificant in comparison to other types of housing.

10. There is a perceived altruism around pre-fabs. The current pre-fab movement aims to make people feel good about buying a pre-fab home. But if pre-fabs aren’t more cost-effective, more timeless or a better overall solution, then it’s just clever marketing.

This is just our take, and we’d love to be proven wrong on any or all of it. As an operation of architects and builders, we think a great deal about effective forms of housing models; these are just the issues we see as barriers with the recent pre-fab movement. As conventional as it is, a better solution for cost-effective housing for the masses is condominiums and townhomes. The cost of earthwork, concrete and utilities are shared between several units thereby making the work much less expensive per home. The size of typical single family lot (~5,000 sf here in Seattle) can easily support 6 homes. One could argue that a primary benefits of pre-fab construction is that you can put it anywhere and that it allows the homeowner to have as much land around their home as they like… but is that really cost-effective, sustainable and sensible?